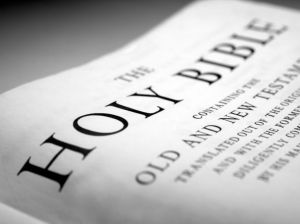 In Acts 15, it is critically important to understand what the dispute was about that called into existence what has since been labeled “the Jerusalem Council.” Some (Jewish) men traveled from Judea to Antioch and began teaching the believers there that even though they believed in Jesus they could not be saved unless they were circumcised in compliance with the law of Moses (15:1). Later history has attached the name Judaizers to these people.

From the perspective of the Judaizers, Jesus was the Jewish Messiah, and one could not really follow this Jewish Messiah without becoming a Jew. Doubtless some Jews felt threatened by this influx of uncircumcised Gentiles into the church: the Jewish self-identity was in terrible danger of being diluted and even lost. If these Gentiles all became Jews, however, as signaled by circumcision, that danger would dissolve.

Yet the issue is deeper than the question of Jewish self-identity. It finally develops into the question of how your whole Bible is put together. The Judaizers elevated the law of Moses above Jesus. Jesus could be accepted as the Messiah, only if the result was a group of people even more devoutly committed to obeying the Mosaic Covenant—food laws, circumcision, temple cults and all. By contrast, the leaders point in another direction. The law was never well obeyed by the Jews (15:10); why impose it on the Gentiles? More importantly, the revelation reflected in the old covenant points to Jesus. He is its goal, not its servant. Peter reminds the assembled crowd that in the Cornelius episode God poured out his Spirit on the Gentiles without their being circumcised (15:7-8). At issue, finally, is the freedom of God’s grace (15:11).

The reports of Paul and Barnabas prove helpful. James, the half-brother of the Lord Jesus—by this time apparently the chief elder of the Jerusalem church— offers both a telling exposition of an Old Testament text and his own pastoral judgment (15:13-21). The combination wins the day—though the argument flares up repeatedly during the next few decades. Understand these issues aright, and your Bible comes together.