John Piper, in “Sustained by All His Grace”-

And what do you have that you did not receive? But if you did receive it, why do you boast as if you had not received it?

The answer to that first question is “nothing.” “What do you have that you have not received?” Answer: nothing. But in spite of this there was boasting going on in the church at Corinth. Which to Paul’s mind was totally contradictory to reality. If all you have is a free gift from God—that’s what grace means—then you can’t boast as if it were not a gift. Grace eliminates boasting. You can’t boast as though you create and sustain what grace creates and sustains. 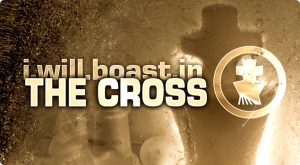 That’s why Paul said that he would not boast except in the cross of Christ which is the ground of grace (Galatians 6:14) and in his weaknesses which show his need for grace (2 Corinthians 12:9). And it’s why he said in Romans 15:18,

I will not presume to speak of anything except what Christ has accomplished through me.

To read or listen to the rest of the sermon, click here: