Revelation 17:1-2 Then one of the seven angels who had the seven bowls came and said to me, “Come, I will show you the judgment of the great prostitute who is seated on many waters, with whom the kings of the earth have committed sexual immorality, and with the wine of whose sexual immorality the dwellers on earth have become drunk.” 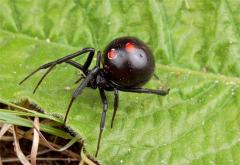 Through the use of apocalyptic imagery, John not only has in the mind the city of Rome and the Roman empire which was even then both the beast and the harlot, the great prostitute Babylon the Great also symbolizes the city of man in every age, which through wealth, celebrity, and luxury, seduces Christians away from Christ into the arms of the bride of the dragon, and who, after the seduction, will leave them with nothing, much the same way a female black widow spider kills its mate after he has fulfilled his obligation to his bride. Therefore, the harlot is Rome, while at the same time is symbolic of any idolatrous nation or empire which persecutes Christ and his church, and which attacks the church, not with the sword, but through seduction. Like most harlots, who think their actions will gain them love and affection, it will not be long before her pimp, the beast, will cast her away the moment her glory fades.