John Piper, in the sermon series “Spectacular Sins and Their Global Purpose in the Glory of Christ”, comments on Like 22 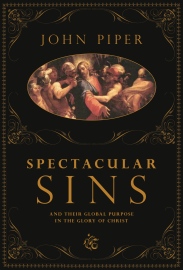 The most spectacular sin that has ever been committed in the history of the world is the brutal murder of Jesus Christ, the morally perfect, infinitely worthy, divine Son of God. And probably the most despicable act in the process of this murder was the betrayal of Jesus by one of his closest friends, Judas Iscariot.

Judas was one of the twelve apostles that Jesus had personally chosen and who had been with Jesus during his entire public ministry. He had been entrusted with the moneybag for the whole group (John 13:29). He was close enough to Jesus at the Last Supper to be dipping bread with him in the same cup (Mark 14:20).

On the night of the Last Supper, Luke tells us in Luke 22:3-6 that “Satan entered into Judas. . . . He went away and conferred with the chief priests and officers how he might betray [Jesus] to them. And they were glad, and agreed to give him money. So he consented and sought an opportunity to betray him to them in the absence of a crowd.” Later he led the authorities to Jesus in the garden of Gethsemane and betrayed Jesus with a kiss (Luke 22:47-48). With that, Jesus’ death was sealed.

When Luke tells us in verse 3 that “Satan entered into Judas,” several questions come to our minds.

So let’s take these questions one at a time….

For some thoughtful answers to these questions, click this link to take you to the full sermon.  You may choose to download and audio or text version, or listen or watch the sermon.

You may also wish to order Piper’s book, “Spectacular Sins”  from Desiring God

One thought on “What is the most spectacular sin that has ever been committed in the history of the world?”