For the grace of God has appeared, bringing salvation for all people,  training us to renounce ungodliness and worldly passions, and to live self-controlled, upright, and godly lives in the present age, waiting for our blessed hope, the appearing of the glory of our great God and Savior Jesus Christ, who gave himself for us to redeem us from all lawlessness and to purify for himself a people for his own possession who are zealous for good works. —Titus 2

John Piper, in a sermon, “Our Hope: The Appearing of Jesus Christ”

Verse 11: “For the grace of God has appeared for the salvation of all men.” That is the first coming of Christ—the appearance of grace.

Then verse 13: “Awaiting our blessed hope, the appearing of the glory of our great God and Savior Jesus Christ.” That is the second coming of Christ—the appearance of glory.

First grace, then glory. In Paul’s mind these two are inseparably linked. Which is why the rejection of a real second coming is an attack on the very center of our faith, namely, the first coming of Christ to die for sins. The Christ who will come in glory is the Christ who came in grace.

Verse 14 describes just how that grace appeared—”[Christ] gave himself for us to redeem us from all iniquity and to purify for himself a people of his own who are zealous for good deeds.” So when the grace of God appeared in history about 2,000 years ago, it appeared as a real man, who really died to redeem us from sin and to make us zealous, or passionate, for good deeds. This was the aim or purpose of the appearance of God’s grace in Jesus Christ.

That same aim of grace is described in verse 12 as well: “The grace of God appeared training us to renounce irreligion and worldly passions, and to live sober, upright, and godly lives in this world.” That is the same as saying (in v. 14) that Christ aimed to purify us and make us zealous for good deeds. 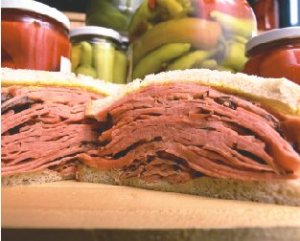