J.C. Ryle on Mark 6:5-6 And he could do no mighty work there, except that he laid his hands on a few sick people and healed them. And he marveled because of their unbelief. 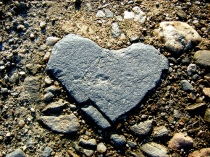 Two remarkable expressions are used in teaching this lesson. One is, that our Lord “could do no mighty work” at Nazareth, by reason of the hardness of the people’s hearts. The other is, that “He was amazed at their unbelief.” The one shows us that unbelief has a power to rob men of the highest blessings. The other shows that it is so suicidal and unreasonable a sin, that even the Son of God regards it with surprise.

We can never be too much on our guard against unbelief. It is the oldest sin in the world. It began in the garden of Eden, when Eve listened to the devil’s promises, instead of believing God’s words, “you shall die.” It is the most ruinous of all sins in its consequences. It brought death into the world. It kept Israel for forty years out of Canaan. It is the sin that especially fills hell. “He that believes not shall be damned.” It is the most foolish and inconsistent of all sins. It makes a man refuse the plainest evidence, shut his eyes against the clearest testimony, and yet believe lies. Worst of all, it is the commonest sin in the world. Thousands are guilty of it on every side. In profession they are Christians. They know nothing of Paine and Voltaire. But in practice they are really unbelievers. They do not implicitly believe the Bible, and receive Christ as their Savior.

Let us watch our own hearts carefully in the matter of unbelief. The heart, and not the head, is the seat of its mysterious power. It is neither the lack of evidence, nor the difficulties of Christian doctrine, that make men unbelievers. It is lack of will to believe. They love sin. They are wedded to the world. In this state of mind they never lack specious reasons to confirm their will. The humble, childlike heart is the heart that believes.

Let us go on watching our hearts, even after we have believed. The root of unbelief is never entirely destroyed. We have only to leave off watching and praying, and a noxious crop of unbelief will soon spring up. No prayer is so important as that of the disciples, “Lord, increase our faith.”

2 thoughts on “Ryle: Let us watch our own hearts”