“Among the cities which you shall give unto the Levites, there shall be six cities for Refuge.” Numb. 35:6. 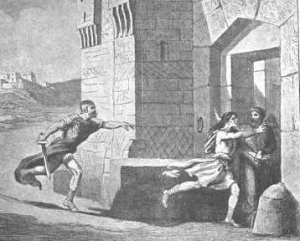 REFUGE is a thought dear to every Christian heart. It is, as haven to the ship, when clouds blacken–as dove-cote to the bird, when hawks pursue. When once the wrath of God is seen in its true light–when once the conscience has turned pale in terror–when once hell’s gulf has opened at the feet–when once the quenchless flames have glared in prospect, despair must seize its prey, unless some Refuge be discerned. But Christ a sure Refuge stands, high as the heavens, wide as infinity, lasting as the endless day.

An emblem now is given–seal of this Gospel-fact. Some types of Christ appeared for a brief season, and then vanished. The guiding cloud, the manna, and the flowing stream ended on Jordan’s banks. But here is a sign, which lived through Canaan’s history. It never failed, until the cross was reared.

To read the rest of Law’s commentary on the cities of refuge, click here:

2 thoughts on “Christ is our Refuge”