For every kind of beast and bird, of reptile and sea creature, can be tamed and has been tamed by mankind, but no human being can tame the tongue. It is a restless evil, full of deadly poison. —James 3:7-8 ESV 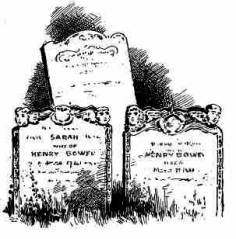 On a windswept hill in an English country churchyard stands a drab, gray slate tombstone. The faint etchings read:

Beneath this stone, a lump of clay, lies Arabella Young,

Who, on the twenty-fourth of May, began to hold her tongue.

Let’s hope that we learn what that woman never did, to tame the tongue! As a wise sage observed, “As you go through life you are going to have many opportunities to keep your mouth shut. Take advantage of all of them” (quoted by James Dent, Readers Digest [12/82]).

As we move into chapter 3, James has gone from preaching to meddling! He has just made it clear that genuine faith works. If God has changed your heart through the new birth, the saving faith that He granted to you will inevitably show itself in a life of good deeds. But now he moves from the generality of good deeds to the specifics of the words that you speak. Genuine faith yields to Christ’s lordship over your tongue. With David (Ps. 141:3), all true believers will pray, “Set a guard, O Lord, over my mouth; keep watch over the door of my lips.” While the monster may never be totally tamed, if you know Christ as Savior, you are engaged in the ongoing battle to tame the terrible tongue. In building his case that all have sinned, the apostle Paul zeroes in on the sins of the tongue (Rom. 3:13-14):

“Their throat is an open grave, with their tongues they keep deceiving, the poison of asps is under their lips”; “Whose mouth is full of cursing and bitterness….”

It would be nice if conversion resulted in a total makeover of the mouth, but it is not so! Although we become new creatures in Christ (2 Cor. 5:17), we also carry around with us the old nature or the flesh, which wars against the Spirit (Gal. 5:17). The tongue is one of the major battlegrounds in the war. To become godly people, we must wage war daily on this front.

James is a savvy pastor who knows that we won’t gear up for the battle and face our own sins of the tongue unless we recognize the magnitude of the problem. We all tend to justify ourselves by pointing to others who are notoriously bad. In comparison with how they talk, I’m doing okay. But James comes in with vivid illustrations to open our eyes to just how serious our problem is. It’s interesting that he never gives any advice on how to control the tongue. He just leaves you reeling from his portrait of how huge this problem is. He’s saying,

To tame the terrible tongue, we must recognize the tremendous magnitude of the battle that we face.

To read the rest of this sermon by Steven Cole, click here: