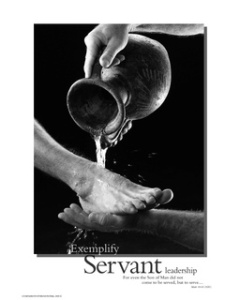 Usefulness in the world and Church–a humble readiness to do anything, and put our hands to any good work–a cheerful willingness to fill any post, however lowly, and discharge any office, however unpleasant, if we can only promote happiness and holiness on earth–these are the true tests of Christian greatness. The hero in Christ’s army is not the man who has rank, and title, and dignity, and chariots and horsemen, and fifty men to run before him. It is the man who looks not on his own things, but the things of others. It is the man who is kind to all, tender to all, thoughtful for all, with a hand to help all, and a heart to feel for all. It is the man who spends and is spent to make the vice and misery of the world less, to bind up the broken-hearted, to befriend the friendless, to cheer the sorrowful, to enlighten the ignorant, and to raise the poor. This is the truly great man in the eyes of God. The world may ridicule his labors and deny the sincerity of his motives. But while the world is sneering, God is pleased. This is the man who is walking most closely in the steps of Christ.

3 thoughts on “What are the true tests of Christian greatness?”