“What do you think? A man had two sons. And he went to the first and said, ‘Son, go and work in the vineyard today.’ And he answered, ‘I will not,’ but afterward he changed his mind and went. And he went to the other son and said the same. And he answered, ‘I go, sir,’ but did not go. Which of the two did the will of his father?” They said, “The first.” Jesus said to them, “Truly, I say to you, the tax collectors and the prostitutes go into the kingdom of God before you. For John came to you in the way of righteousness, and you did not believe him, but the tax collectors and the prostitutes believed him. And even when you saw it, you did not afterward change your minds and believe him.
(Matthew 21:28-32 ESV) 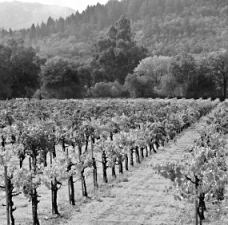 Let us observe in these verses, what immense encouragement our Lord holds out to those who repent.We see this strikingly brought out in the parable of the two sons. Both were told to go and work in their father’s vineyard.

“Which of the two,” says our Lord, “did the will of his father?” Even his enemies were obliged to reply, “the first.”

Let it be a settled principle in our Christianity, that the God and Father of our Lord Jesus Christ is infinitely willing to receive penitent sinners. It matters nothing what a man has been in time past. Does he repent, and come to Christ? Then old things are passed away, and all things are become new. It matters nothing how high and self-confident a man’s profession of religion may be. Does he really give up his sins? If not, his profession is abominable in God’s sight, and he himself is still under the curse. Let us take courage ourselves, if we have been great sinners hitherto. Only let us repent and believe in Christ, and there is hope. Let us encourage others to repent. Let us hold the door wide open to the very chief of sinners. Never will that word fail, “If we confess our sins, he is faithful and righteous to forgive us the sins, and to cleanse us from all unrighteousness.” (1 John 1:9.)

To read the rest of J.C. Ryle’s commentary on Matthew 21, click here: