John 20:19 -21  On the evening of that day, the first day of the week, the doors being locked where the disciples were for fear of the Jews, Jesus came and stood among them and said to them, “Peace be with you.” When he had said this, he showed them his hands and his side. Then the disciples were glad when they saw the Lord.  Jesus said to them again, “Peace be with you. As the Father has sent me, even so I am sending you.” 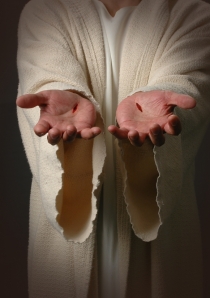 was the first word which this little company heard from their Master’s lips, after He left the tomb.

It was right and fitting, that it should be so, and in full harmony with things that had gone before. “Peace on earth” was the song of the heavenly host, when Christ was born. Peace and rest of soul, was the general subject that Christ continually preached for three years. Peace, and not riches, had been the great legacy which He had left with the eleven the night before His crucifixion. Surely it was in full keeping with all the tenor of our Lord’s dealings, that, when He revisited His little company of disciples after His resurrection, His first word should be “Peace.” It was a word that would soothe and calm their minds.

One thought on “J.C.Ryle: First words from the Master’s lips”