I have no greater joy than to hear that my children are walking in the truth. 3 John 4 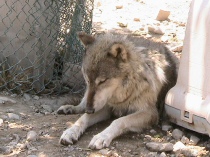 No parents can say from their hearts, “We have no greater joy than to hear that our children walk in truth,” unless they are themselves walking in truth. No wolf prays for its offspring to become a sheep. The ungodly man sets small store by the godliness of his children since he thinks nothing of it for himself. He who does not value his own soul is not likely to value the souls of his descendants. He who rejects Christ on his own account is not likely to be enamoured of him on his children’s behalf. Abraham prayed for Ishmael, but I never read that Ishmael prayed for his son Nebajoth. I fear that many, even among professors of religion, could not truthfully repeat my text; they look for other joy in their children, and care little whether they are walking in truth or no. They joy in them if they are healthy in body, but they are not saddened though the leprosy of sin remains upon them. They joy their comely looks, and do not inquire whether they have found favor in the sight of the Lord. Put the girl’s feet in silver slippers, and many heads of families would never raise the question as to whether she walked the broad or the narrow road. It is very grievous to see how some professedly Christian parents are satisfied so long as their children display cleverness in learning, or sharpness in business, although they show no signs of a renewed nature. If they pass their examinations with credit, and promise to be well fitted for the world’s battle, their parents forget that there is a superior convict, involving a higher crown, for which the child will need to be fitted by divine grace, and armed with the whole armor of God. Alas, if our children lose the crown of life, it will be but a small consolation that they have won the laurels of literature or art. Many who ought to know better think themselves superlatively blessed in their children if they become rich, if they marry wolf, if they strike out into profitable enterprises in trade, or if they attain eminence in the profession which they have espoused. Their parents will go to their beds rejoicing, and awake perfectly satisfied, though their boys are hastening down to hell, if they are also making money by the bushel. They have no greater joy than that their children are having their portion in this life, and laying up treasure where rust corrupts it. Though neither their sons nor daughters show my signs of the new birth, give no evidence of being rich towards God, manifest no traces of electing love or redeeming grace, or the regenerating power of the Holy Spirit, yet there are parents who are content with their condition. Non, I can only say of such professing parents that they have need to question whether they he Christians at all, and if they will not question it themselves, they must give some of us leave to hold it in serious debate. When a man’s heart is really right with God and he himself has been saved from the wrath to come, and is living in the light of his heavenly Father’s countenance, it is certain that he is anxious about his children’s souls, prizes their immortal natures, and feels that nothing could give him greater joy than to hear that his children walk in truth. Judge yourselves, then, beloved, this morning, by the gentle but searching test of the text. If you are professing Christians, but cannot say that you have no greater joy than the conversion of your children, you have reason to question whether you ought to have made such a profession at all.

4 thoughts on “No greater joy”