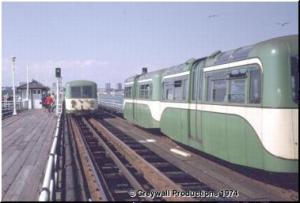 In Job 25, we have the very short and final speech from Bildad, along with Job’s response. After three increasingly heated exchanges, Job and his friends have clearly run out of steam. But like trains passing on parallel tracks, Job and Eliphaz have been speaking past each other. The same holds true for the speeches of Bildad and Zophar. The wisdom of Job’s friends can take them no farther than their own observation and their misguided view that the wicked live miserable lives and die young. Job has heard their case and has repeatedly pointed out the flaws of this argument, although he himself is still struggling to come to terms with the mysteries of God’s providence.

This time Bildad has very little to say, merely parroting Eliphaz. Most notably, Bildad completely avoids Job’s challenge in verse 24 of the previous chapter altogether–“who can prove me false?” Bildad does not even try, and Zophar does not even speak, something noted by Job later on in 29:22–“After I had spoken, they spoke no more; my words fell gently on their ears.” So the heated argument abruptly grinds to a halt with the lame words from Bildad recorded in Job 25: “Then Bildad the Shuhite replied: `Dominion and awe belong to God; he establishes order in the heights of heaven. Can his forces be numbered? Upon whom does his light not rise? How then can a man be righteous before God? How can one born of woman be pure? If even the moon is not bright and the stars are not pure in his eyes, how much less man, who is but a maggot-a son of man, who is only a worm!” In contrast to the glories of the heavens, Job is but a worm of a man. For Bildad, Job’s situation is plain. God is holy and must punish sin. Since Job is obviously being punished for his sins, Job is not a righteous man. Simply repeating the same thing over and over will have no impact upon Job, who has heard it all before.

…..Job is beginning to see that ultimately the explanation for his suffering is connected to the wisdom of God. Bildad and his friends have already made this point. After berating Bildad, Job points out that God’s wisdom so far surpasses our comprehension, that we only expose our foolishness by limiting God’s ways to a faulty and wooden application of the principle of divine retribution as his friends have done. Thus, in the first four verses of Job 26, Job responds to Bildad with utter disdain. “Then Job replied: `How you have helped the powerless! How you have saved the arm that is feeble! What advice you have offered to one without wisdom! And what great insight you have displayed! Who has helped you utter these words? And whose spirit spoke from your mouth?” It is clear to Job that Bildad’s wisdom is not so wise after all. Job senses, but does not know, what the reader knows–that the final speeches from Eliphaz and Bildad actually echo the words of Satan, not God.

As Job begins to consider the mysterious ways of God, he considers that God’s dominion is without end or limit. In verses 5-14, Job describes the glories and powers of the sovereign God. “The dead are in deep anguish, those beneath the waters and all that live in them. Death is naked before God; Destruction lies uncovered. He spreads out the northern skies over empty space; he suspends the earth over nothing. He wraps up the waters in his clouds, yet the clouds do not burst under their weight. He covers the face of the full moon, spreading his clouds over it. He marks out the horizon on the face of the waters for a boundary between light and darkness. The pillars of the heavens quake, aghast at his rebuke. By his power he churned up the sea; by his wisdom he cut Rahab [the name of the serpent] to pieces. By his breath the skies became fair; his hand pierced the gliding serpent. And these are but the outer fringe of his works; how faint the whisper we hear of him! Who then can understand the thunder of his power?” Obviously, Job knows that Eliphaz, Bildad and Zophar do not understand the ways of the ,Lord. They cannot explain the obvious–the righteous suffer and the wicked prosper.